We're still moving. We've actually moved into our new place but we had so

much stuff in the old place that we're getting rid of it pretty much every day. You never know what you'll find in a house that's been inhabited for over six years--especially a fixer-upper. Here's the contents of one milk crate I pulled down from a top shelf in the laundry room:

1.) Contact paper. That stuff you stick in kitchen drawers for cleanliness and neat appearance. It's supposed to come off again but after a few years, rarely does without a struggle. White with delicate flowers. What to do with? Toss.

2.) Rat poison. Big box full of rat baits. Once I came home and found a giant rat on our porch. I freaked out and bought this but never set it out anywhere. What to do with? Toss into landfill. Feel really guilty about.

3.) Unopened tennis balls from what year? Still good? Last played tennis over a decade ago. What to do with? Play tennis?

4.) Drum practice pad. This was my brother's from high school. I never learned how to properly play so I don't use this. But as a drummer I feel obligated to have this in my house along with a stick or two, just to feel like I could practice at home, with a 6-inch pad, if the mood should strike. Put in rehearsal space until forced to remove.

6.) Great Stuff Polyurethane Foam Sealant. A handyman told me this causes cancer. What to do with? Toss into landfill. Feel even more guilt. I am destroying the environment in only one afternoon.

8.) Shoe polish. Shoe polish? I guess we still have some use for this.

9.) Suede cleaner. Suede? It could come back.

11.) Propert's Leather and Saddle Soap. Ahhh, comes in a old-tyme tin. It's actual soap used for cleaning your leather goods and it smells like grandma's linens and things. Not suitable for suede.

12.) Rubber cement. Oh god--when will this end! How will I sleep tonight! But I can't keep the rubber cement.

That was one milk crate. There's more. God, I'm exhausted and hyperventilating. Looks like we'll be driving down to the toxic waste dump soon. Moving really is stressful.
Posted by Miss Lisa at 10:48 AM 2 comments:

The Clutter-free Life: Dream On

I have no idea how to live the clutter-free life. All my existence 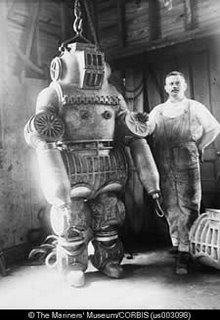 has been cluttered. Blame it on being a "creative type." Blame it on growing up increasingly middle-class as my dad's sales skills ramped up during the computer evolution years. Blame it on my interest in too many things and plenty of closet space. Haven't posted in a while because we've been searching for new and different housing within our fair, crime-infested city. We'll be moving shortly and this blog will go on a short hiatus while we situate ourselves and all our stuff in a slightly different environment. So I'm clearing out our office space and marveling at all the crap-ola that's piled up in our six years here. I was thinking, what would be the computer equivalent of my life of clutter? Here are some random images I found in my "jpegs" file where I store stuff I find and like from the Internet. In no certain order, I'll slap them up here and comment. No credits--sorry--I guess that's stealing. Oh well. It's all up for grabs in cyberspace. And I'm not spell-checking either. More clutter.

The image above is of an ancient diver from the Corbis photo site. Look how uncomfortable he looks, yet so cool. People will do anything to explore new spaces.

Look--Don Knotts. Aw, he just died. Farewell, lovable goofball. The world is slightly less funny without your presence. I saved this image years ago for one of my employers who's a big Knotts fan. He owns the DVD of The Ghost and Mr. Chicken and swears that it makes him laugh every time he sees it. I'll have to check that out since I haven't seen it in about 25 years. 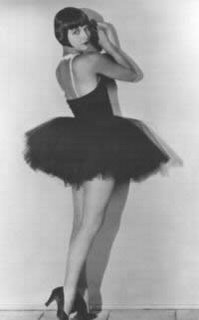 Here's Louise Brooks. She was a pretty messed-up person but va-va-va-voom! You can read Barry Paris' biography on her if you'd like to find out what a mess she was. It's an excellent book about a really talented, intelligent free spirit, and also about the silent film era and beyond. There's also a good Web site all about Brooksie: The Louise Brooks Society. 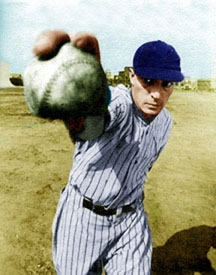 And here's a really cool photo of Buster Keaton, who loved all sports but especially baseball. Keaton was an unparalled genius of cinema. There's a good Web site on him too: The Damfinos. I have such a weird, retro crush on Buster. I'm sure I'm not alone.

Hmmm, what else have 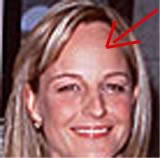 I got in this file? Here's a graphic I made to demonstrate how large Helen Hunt's forehead is. After she finished Mad About You (how could that couple afford their palatial NYC apartment?--I hate shows like that). She got so many roles, and constant press. Didn't she win an Oscar? I'm too tired to check. I just couldn't understand it. Nobody mentioned the forehead ever. It was before celebrity blogs came into being. Now they'd be all over that thing. You could fly a plane off that forehead. And what did Paul Reiser get? I have no idea but his forehead is pretty big too.

Here's a spaceship from Johnny Sokko and his Giant Robot, a 60s show from Japan which was a poor man's Ultra 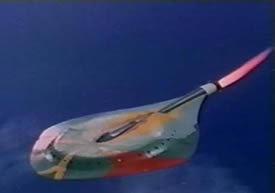 man which was a really poor man's Godzilla. My brother watched these shows constantly after school on our small remote-less color TV. The translations were really crude and I used to imitate them and drive him into spasms of fury. It was really entertaining for me. I like how this ship looks like a manta-ray with a flare coming out of its butt. It also looks like it was made out of a dinner plate. Maybe my brother was cooler than me after all. 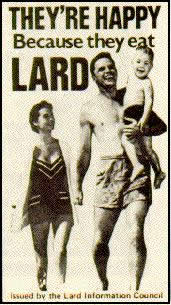 There's more. These people do look really happy, and if it's lard that's working for them, who are we to judge? 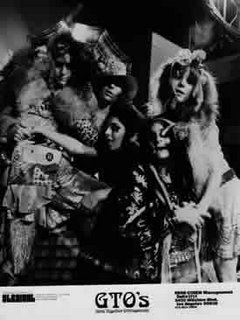 Here's the GTO's (Girls Together Outrageously), a bunch of groupies that Frank Zappa liked and co-opted into a sort girl group. That's one sloppy sentence I just typed. Anyway, they were seriously party girls with a good sense of humor about themselves and several of them have now met untimely ends. Not sure what to make of their aesthetic. I've never been into the concept of fucking fame. I guess I have a large enough ego to just want the fame myself. But we take what we can get and the GTO's went for it. R.I.P. GTO's.

I'm running out of steam so I'll leave off with Happy Bun Bun. Don't think this is the end of my junk file--I could write aproximately 900 blog entries just using my junk file as subject-matter. But don't worry, I won't. This image is good to focus on during my move and perhaps for every new stage of life. Gentle conversations--such a fine concept. Today I opened a fortune cookie and the fortune said: Hold a good friend in both your hands. I really liked that fortune and I really liked the cookie because it was covered in some decent chocolate. Why can't all fortune cookies be that 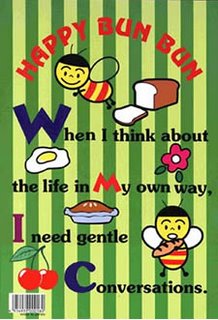 way? Anyway, it's good to take care of our friendships and not take them for granted and watch too much American Idol and not cherish the precious moments that real people (not reality show people) add to our lives. 'Cause man, I once had this friend and she did NOT hold our friendship in both her hands. In fact, she pretty much threw our friendship right over a cliff, but not before she stomped on it and covered it with a bunch of dog shit and then some gasoline, and set the whole thing on fire. Then she sent me a congratulations card on the birth of my son. That friendship did not make the grade. And unfortunately, that's what my cookie reminded me of, but it also reminded me that I barely have any friends any more because my family has become my friends for the most part, and on that note, Frank Zappa and I agree. He wrote in his autobiography that friends are not always going to be there for you, but your family will (but I've read another biography that states that Frank completely ignored his family for most of their lives). But he was a misanthrope and I'm a humanist at heart. See what junk can bring up? I'm saving that fortune and bringing it to the new house. I'll put it in a drawer--yeah, that's what I'll do...
Posted by Miss Lisa at 9:44 PM 2 comments: