Last Sunday was the Pride Parade in San Francisco. I didn't go but I used to live in the Castro where every day was pride day. I do miss that neighborhood and the Castro Theater and my then-boyfriend (now husband) telling me upon entering the house, "I got cruised in Walgreens!"

Scientists continues to find evidence that gayness begins before birth. Here's an article on a new finding about birth-order, gender, and sexual preference. I especially like the end quote by Andy Forrest of the Stonewall gay rights group:

[The current study] adds further weight to the argument that lesbian and gay people should be treated equally in society and not discriminated against for something that's just as inherent as skin colour.

Yes, and it would be nice if gay people could legally wed one another. Will I see that in my lifetime? Will my son see it in his? Can our society build upon itself by sanctioning the legal bond between people? Or will we continue to stifle and discriminate? I am seriously hoping for the best but there's such a big wall of bigotry that must be chiseled way, way down. Keep chipping away...
Posted by Miss Lisa at 9:13 PM No comments:

Email ThisBlogThis!Share to TwitterShare to FacebookShare to Pinterest
Labels: gay 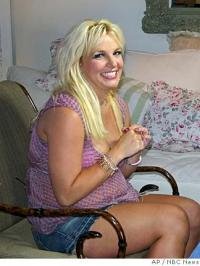 ...about myself! I may be getting older and more forgetful and spiritually confused, but at least I can dress myself modestly for my national television interview (when that day comes). I promise I'll blog about opera or world events next time. For now, let's revel in the weirdness that is falling-apart-at-the-seams, celebrity style.
I know I've been domestically isolated lately because my thoughts have this weird, surreal, almost "Plan 9 From Outer Space" quality to them. Like a pop culture monk I am. Yesterday I was doing some laundry (so much laundry lately--where does it all come from?) and I was digging lint out of the trap in the dryer and thinking: do celebrities dig their own lint out? If so, do they think in terms of: This banal chore is now more significant because I'm doing it? Or do they go the other route and think: This is what keeps me humble.

And why was I thinking this at all? It's like my dream life and my real life are converging at times.

And then tonight I was making soup and this overly dramatic voice screamed in my head: Will this miso ever mix properly or do I have to get the whisk!?

It's like I know how my life has become so every-day, so my mind is going on these hysterical tangents that are all drama-queenish and fake but entertaining and disturbing at the same time. God--maybe I understand Britney a little more. Maybe we can all find a little tolerance in our heart. Forgive Denise Richards and Richie Sambora--it was love. Let little Lindsay Lohan find her inner calling in the bars and speakeasies of both coasts. And Paris Hilton will one day pull it out and become a human being at some point in time--if we just wait patiently and with compassion. Oh fuck it, I'm going to bed.
Posted by Miss Lisa at 9:56 PM No comments:

I haven't blogged in a while because I've been too busy LIVING. Just kidding--I haven't been living that much. I had some facial surgery about a month ago and that put me out of commission a little. I only had to stay in hospital one night but what a night! When I came home I looked like a cross between Jennifer Tilley and Eric Stolz in "Mask." That was...refreshing. Who knew our faces were so...pliable?

While I attempted to get my mojo back, I accidentally joined the whole Harry Potter juggernaut. It was due to my mom and dad's audiocassette collection of the first book (I can never remember all the titles or what order they go in--I'm not 11!). I'll just make up a name that comes to mind: Harry Potter and the New Cool World. I don't know why my parents had the book-on-tape of Harry Potter and the New Cool World, but I borrowed it to listen to as I traveled back and forth to my far-away Kaiser plastic surgeon, Dr. Dumbeldorf. Dr. Dumbeldorf works miracles and he's quite jolly. I'm impressed by him.

Anyhoo, I started listening to the tapes and couldn't stop and kept on listening 'til the end. Then I checked out the second book at our wonderful and tiny library down the street. Then I rented one of the movies and added that to my knowledge of the one other Harry Potter movie I had seen. I had actually seen the first one long ago, was disappointed by the un-charismatic Daniel Radcliffe as Harry (though Emma Watson as Hermione Granger totally and continues to rule), and didn't see another film until down the line, fairly recently. It was uh, Harry Potter and the Very Well-Done Visual Effects. The story in this film was quite muddled. I left the theater thinking, What the--? But the visual effects were really top-notch. In the very back of my head I filed that info. away for a later date, and that date I'm happy to say, has arrived! (This is what some of J.K. Rowling's wizard characters sound like when they talk--she is a bit of a social satirist).

So yeah, the visual effects in Harry Potter movies can't be beat. I mean, these studios pour millions upon millions of dollars into them and most of it ends up on-screen. This is more rare than you may think. This is a franchise like McDonald's and the producers could easily let some quality slip and still make millions and millions back from the rabid Rowling following, but no, they are hard-working and good money-men and they really give the audience the entertainment they crave. Even if the plot-lines leave you thinking, huh?, the effects will cheer you with the power of artistic wow available to computer geeks these days. I have worked with these geeks over the years. They are talented people who rarely see the light of day. If they end up on a Potter film, I doubt they see daylight for a long, long time.

I digress. I just picked up the second-to-last book at the library. It's entitled Harry Potter In Only 900 Pages. I will start in as soon as I have a spare moment. Uh, yeah. But then I'll be almost finished! There's only one more book to read, listen to or eventually see on DVD (or big screen--I'm easy) then I guess maybe one more in the works...? I can't keep track. They're ripping good yarns and Daniel Radcliffe has grown on me as the ordinary fellow with extraordinary gumption. I still love Emma Watson and Rupert Grint would definitely be my dreamboat if I was 7. Rock on Rupert Grint! Plus I live for those all-too-brief Alan Rickman moments as Professor Severus Snape. Alan Rickman is perhaps one of the most talented character actors OF ALL TIME. He is hilarious and wonderful and I wish the next Potter film would be called "Severus Snape Deals with the Nuisance that is Harry Potter." I'd wait in line for that.
Posted by Miss Lisa at 9:22 PM 1 comment: