I've been beavering away on my fictional writing project, where I basically teach myself to write fiction AS I DO IT. It's a real-time learning experience and a longtime one as well. MEANWHILE, the She Mob videos are a side project that help keep me sane while promoting music in a fun, nonprofit (but oh-so-satisfying) way. I am completely sincere. Putting little films together is the best hobby ever, especially when it's your own musical endeavors.

Today's a 2-fer. Shall we go from older to newer? Why not! Here's Tear Me Down from She Mob's sophomore effort, "Turn to Chocolate." It's great to have been in a band long enough and somewhat together enough to actually have a sophomore effort. It's such a indie-rock trope and although it's a pretentious and ridiculous term for "second album," I'm going to indulge myself: SOPHOMORE EFFORT. That's a description that's probably been retired longer than I realize.

Friend and bandmate Joy was once talking to me about this one, years after the fact (it came out in 2001, that magical year), and her general consensus was, (paraphrase) "I dunno—there's all these extra ingredients, like horns, keyboards, guest musicians, and I listen to it now and I think—what was I thinking?"

But here's my take on it—this album is just fine and all the extras give it some oomph. If our first album, "Cancel the Wedding," tipped its hat to sloppy punk, "Turn to Chocolate" gave a mostly unconscious and accidental nod to melodic new wave. There's strong material throughout and a wide range of genre-play. Everything from big-pharma sing-alongs (Viagra), to mental-illness death metal (Munchausen Syndrome by Proxy), to dot-com bubble lament, Tear Me Down. I apologize for writing a record review of my own record—how gauche. But I'm fifty now and I don't give a shit. I do what I want, when I want. That's the age-fifty-and-up way.

Tear Me Down, composed and sung by Diane Wallis during San Francisco's first dot-com boom-and-bust in the late 90s, is prescient all over again fifteen years later. Evictions, tear-downs, and ship-loads of money—that's a legacy for San Francisco. The online technology angle just hurried the phenomena along a little faster than usual. For now, San Francisco friends are going through shady rent hikes and underhanded evictions so millionaires can move in and enjoy fine dining experiences. It's not the bohemian enclave you remember, but let's enjoy The City's eternal beauty in the CinemaScope footage shot by Tullio Pelligrini (great inventor name) in 1955. I did no editing for this, simply placed the music at the top of the film. It didn't need any editing.

Onward to Arnica from the new album, "Right in the Head" (our album titles are directives because we're kind of bossy). This is a Joy Hutchinson composition, an ode to medicinal plants, with Alan Korn and Suki O'Kane doing their thangs. This song is especially special because Alan sings a lovely falsetto background chorus—a wonder to behold. Footage is from A/V Geeks and the Prelinger Archives—my found footage godsends.

Apologies for the, uh, looseness of my writing for this post. We're all working under a severe sleep deficit here due to a family illness that will hopefully get better with the help of big-pharma antibiotics. When there's walking pneumonia to contend with, big-pharma is usually the answer. Cheers.
Posted by Miss Lisa at 10:54 PM No comments:

Email ThisBlogThis!Share to TwitterShare to FacebookShare to Pinterest
Labels: San Francisco, She Mob, the music is the message, time travel, today's video

Punk as hell—because teaching in our public-school system is about as punk rock as you can get in the work force. Low pay, little prestige, exhausting, often thankless, and yet educating the populace should be revered and appreciated by all. I think I'll bring some muffins to my kid's school on Monday. This is Diane telling it like it is. From She Mob's first album, "Cancel the Wedding."

Email ThisBlogThis!Share to TwitterShare to FacebookShare to Pinterest
Labels: She Mob, the music is the message, today's video

I won't mince words as if they were cloves of garlic on a chopping block—our numbers are lagging here at Captive Wild Woman Blogspot Dot Com. There's a downshift and a tide-turning of eyeballs-to-pages according to Google Analytics. Rather than lament the days of Internet yore, before advertising and slideshow click-bait flooded the Internet wilds with crappiness and suckage, we here at CWW Central are embracing the problem. And as usual, the solution is obvious: celebrity gossip.

Who can resist a roundup of celebrity gossip? Not I and certainly not you, coveted readers. The celebrity is a magnet to us regular-folk, a stand-in for our hopes, dreams, and nightmares. The popular kids—what are they up to? I'm glad you asked.

Doesn't he though? I wonder what's going on. 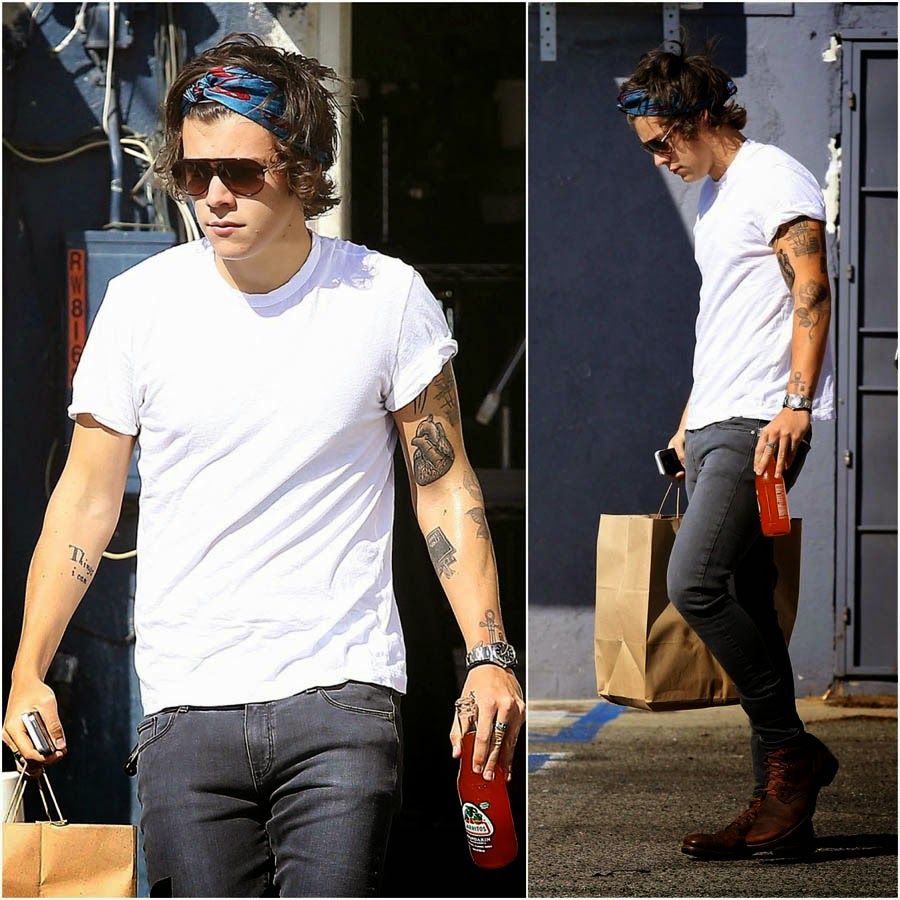 There's just this overall cast of ennui on display. He could be tired—touring will do that. Or hungover and dehydrated. Or depressed, or experiencing low endorphin-release from lack of tattoos that day. All I know is Harry Styles is a mystery wrapped in an enigma. And his pants are so tight—that's gotta hurt.

Everybody's got an opinion when it comes to Lindsay Lohan. The fact is, she's still chugging away and you're reading about her (again) on the Internet, so who's the winner in this scenario? 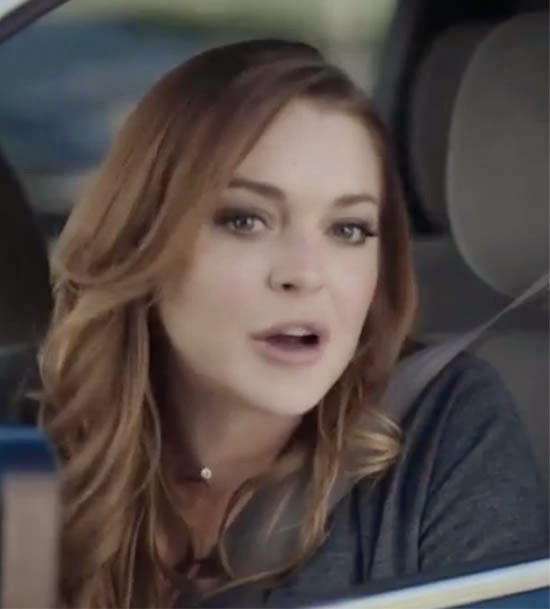 That's right: Lindsay. No matter how many times she drives over someone's foot, is arrested, is put on probation (again), is given community service, or is laid off from a reality show and chewed out by Oprah, she just keeps on keeping on. She even gets to live and work in London, And where are you, and where are you working? Odds are, not in London. So always remember: Lindsay wins. Every time. In every way. We're not the winners. She is.


Nobody Said Anything Too Stupid on the Internet Today

Nobody then gave a lame apology and nobody got that angry about any one specific unfortunate incident. It was a good day on the Internet, overall.

North West Could Give Two Rips

North West is not yet two but is already being proclaimed a fashion icon by the press. And here's what you need to know: North West could give two rips. She's a baby and babies care about few things. Some of which involve clean diapers, adequate food, cuddles and emotional bonding in general, and maybe a special blankie or nightlight for bedtime. 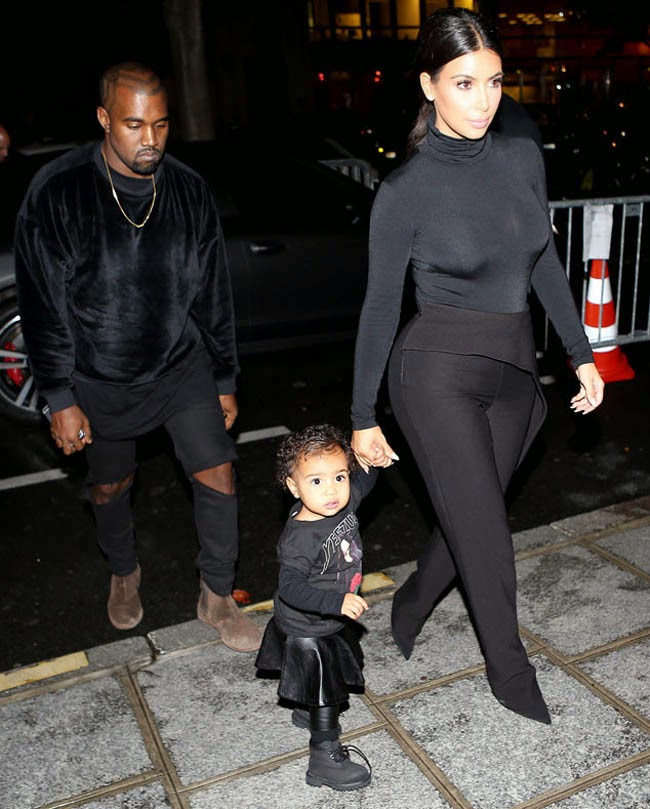 Babies don't give two rips about materialism, craven attention-mongering and our stupid obsessions with status and merchandising. That's because babies are pure little people with open hearts and ready minds, ready to fully engage in the world around them. I have to go retch in a corner now. Excuse me.

This Mourning Dove's An Asshole 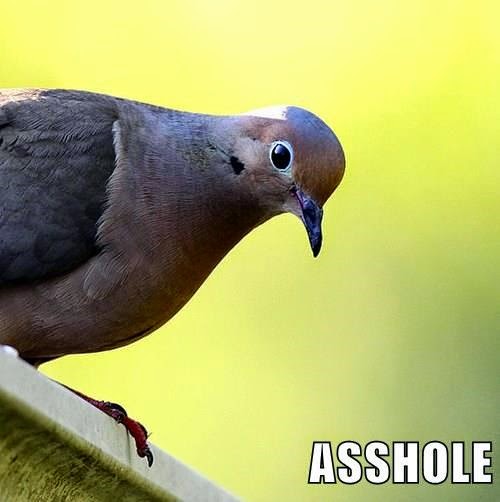 Every morning at 5 AM, this (facsimile of a) mourning dove sits on the roof below my bedroom window and calls to its mate. I know it's driven by pure instinct and the will to survive—I appreciate that. But this shit's getting old. Every fucking morning with the cooing. I'm an insomniac, so you see where I'm coming. Sure my kind—the humans—have encroached on local wildlife habitat for centuries now. I get it. With all the pollution we spew into the ozone with our stinking traffic jams and noise from sirens, horns, engines, leaf blowers, lawn mowers, and obnoxious, banal chit-chat, not to mention all the trees we've chopped down to make way for "progress," we're probably a thousand times more of an asshole than this innocent creature of nature. Still, this bird doesn't let up for quite some time and either its mate is deaf or he's just being an asshole. I'm calling it.
Posted by Miss Lisa at 2:32 PM No comments: