Movies You May Have Missed - "Boy" directed by Taika Waititi (2010)

Set in 1984 on the coast of New Zealand, Taika Waititi's Boy is a semi-autobiographical story of childhood that touches on the emotional aches, miseries, confusion, awkwardness and best of all, humor, that children depend on to survive while under duress. How Waititi managed to keep an absurd light touch throughout what could have been a dark tale of loss and neglect is just one of his special talents.

You might have seen Waititi as the foppish vampire Viago in his satire What We Do in the Shadows (co-directed with Jermaine Clement and released in 2015 after a successful Kickstarter campaign). If so, you know he's a proponent of character-driven storytelling. Here, his remarkable cast of mostly children are all distinct people with their own life philosophies, needs and desires. They live in poverty, surrounded by natural beauty, and rely on each other. Yet they let each other down in so many ways, because they're children and children make many mistakes as they grow, as do their guardians and would-be guardians.

Children suffer and endure and children are hilarious. At least these children are. If you have exquisitely torturous but beautiful memories of Francois Truffaut's The 400 Blows and Lasse Hallström's My Life as a Dog, you're going to be in a good place watching Boy.

Welcome to Waihau Bay, New Zealand, where 11-year-old Alamein (a remarkably expressive James Rolleston, cast from a pool of extras a couple days before production) is known as "Boy" by his Maori family and friends. He lives with his grandmother Nan (Mavis Paenga), little brother Rocky (Te Aho Aho Eketone-Whitu) and multiple tiny cousins, headed up by his age-equivalent cousin Kelly (an eye-rolling observer of male behavior and my personal style icon, Cherilee Martin).


Boy has a small group of friends but he's a fantasist in a population of realists, and he's not going to win any popularity contests, even at his tiny country school. Mostly he dreams about Michael Jackson and his killer dance moves, the pretty girl in his class, Chardonnay (RickyLee Waipuka-Russel), who barely acknowledges him, and his namesake and father (Waititi), who's serving jail time but in Boy's mind, is an incredible dancer, combat veteran and all-around action hero. Rolleston has that remarkable star quality of behaving as if the camera isn't there, yet he innately and honestly knows how to play to the camera. 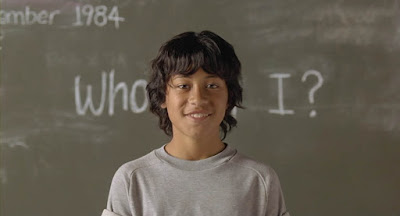 Boy's incomparable cousin Kelly makes the most of domestic goddess role-playing while barely uttering a word. 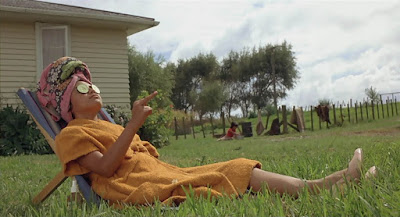 It's beautiful in New Zealand and if the kids are having a tough time, no one's complaining. There's a social network in place and no one has money to lord over anyone else—just various Michael Jackson accoutrements and maybe some height to lord over the smaller kids. Maybe some underhanded drug dealing. Boy's rich fantasies of a hero father help make up for the loss of his mother, whose demise is deftly and tragically shown through slivers of flashbacks, much like dimly remembered childhood memories. 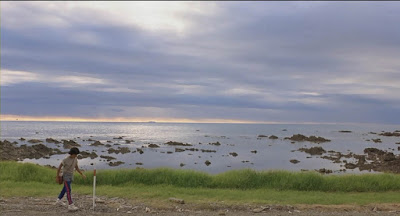 Boy's brother Rocky is even more socially isolated, spending his time drawing, honing his super powers, which spill out of his mind and onto his crayon-colored notebook pages (the use of animation for Rocky's imaginings is in keeping with a visually attuned child), and talking to his mother's grave. 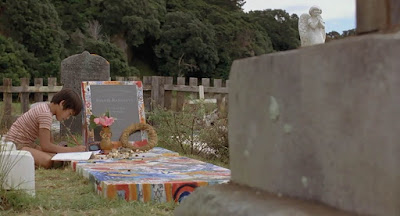 When Grandma Nan travels for a couple of weeks to a far-away funeral service, leaving Boy in charge of the household, trouble arrives in the form of his father and two dimwitted jail cohorts—a would-be biker gang without any bikes. Or sense. Or morals. 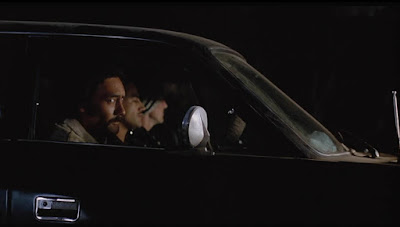 His father's multiple failed money-making schemes and slim grasp on reality does nothing to damper Boy's rapturous worship of this dunderheaded anti-parent. Even as his father continuously disappoints everyone around him, Boy simply forms new fantasies to top the old. 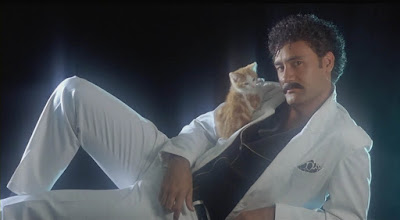 Waititi's foolish Alemein rarely if ever admits to his mistakes and therefore learns little or nothing. This is actually refreshing in a movie about growing up. And how realistic in scope. Those of us disappointed by failed authority figures were bright enough to know that some adults were messed up, unable to change, and were just not going to be there for you in any capacity. The kids in this film know that too. These kids are hyper-bright but Boy's intelligence is trumped by his need for a parent. That's real too. 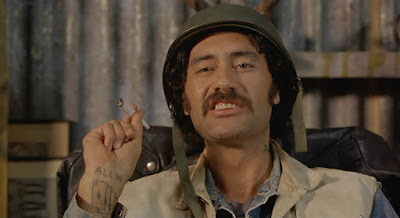 Alamein Sr. is not completely devoid of charm. Some mostly inappropriate gifts are passed out from the trunk of his car, including sparklers, roller skates and some fine lady's garments. The kids grasp these new items like magical totems, as kids will do. Pop culture of the 1980s inspires some memorable names among Boy's friends, including brother and sister Dallas and Dynasty, who have their own struggles as they watch Boy struggle, shaking their heads at his cluelessness. 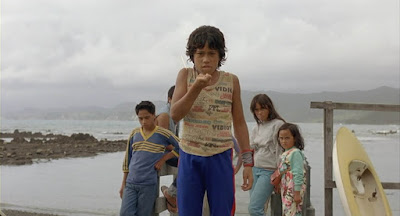 Boy plans to join his dad's gang and only after multiple and escalating disappointments is he able to see his dad as the flawed person he is. This is a sad trajectory which leaves reverberations throughout the household and small community. Reality is a slap in the face, a reckoning, a conversation at a grave-site.

How do kids survive this harsh world?—with help from reliable people. They don't even have to be all that outwardly loving either—just there for you when you need them. Also, Michael Jackson dance moves help. Boy learns to face his reality with openness and honesty. That can hurt. Thank God cousin Kelly is walking around the homestead in that fur jacket and cocktail dress, because that helps too. At least, it helps me.

Be sure to stay for the closing credits. This film is a joy from start to finish. I love the kids so much. Their lilting speech patterns delivered in perfectly flat deadpan is my favorite music at the moment. Hail! 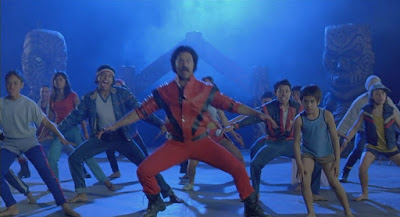 Email ThisBlogThis!Share to TwitterShare to FacebookShare to Pinterest
Labels: comedy jokes, cool girls, cool guys, movie reviews you can use, the mooovies