Bodie! The Eastern Sierra boomtown that peaked in the late 1800s when gold flowed from the mines like water.

Bodie! Where crime and murder were an almost daily occurrence. Where a population of nearly 10,000 had 65 saloons to choose from, but only two churches (one that would burn down eventually).

Bodie! where the school burned to ashes in a fire set by a juvenile delinquent. And paintings of the 10 Commandments were stolen out of the Methodist Church.

Bodie! At an elevation of nearly 8,500 feet, it's broiling in the summer and often completely snowed in during winter. The city's namesake and early gold-discoverer, W.S. Bodey, died in a blizzard during a supply run and never saw the town grow to its epic proportions.

Bodie! Finally abandoned by its townsfolk in the 1940s, after the mines had long dried up. It became a State Historic Park in 1962. Two hundred buildings are still standing and it's open to visitors year-round, whether by rugged drive over three miles of rocky unpaved road, or via snow-mobile, cross-country skies, or snow shoes.

Let's take a look around Bodie. 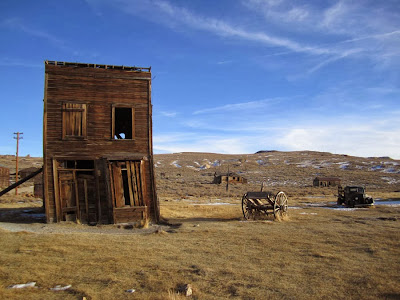 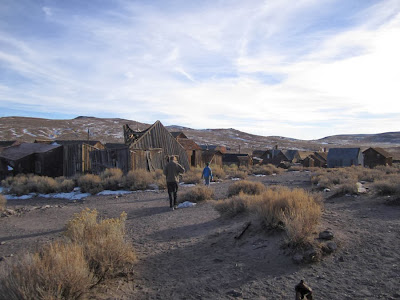 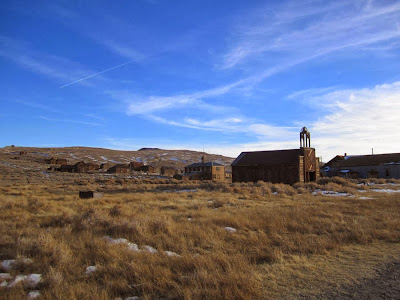 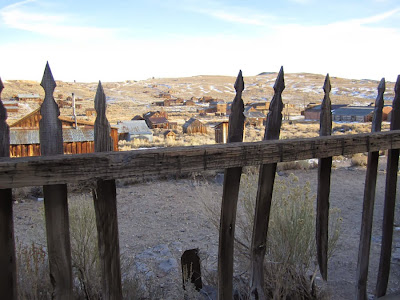 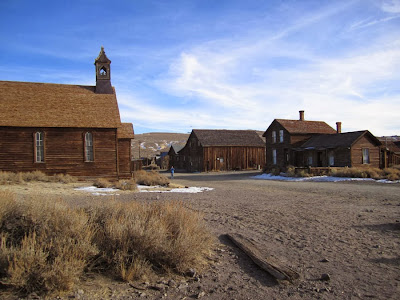 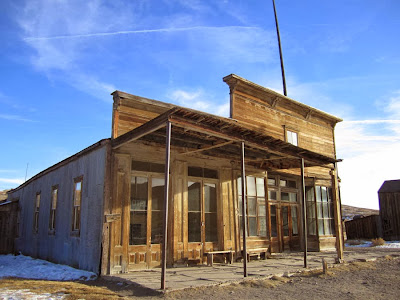 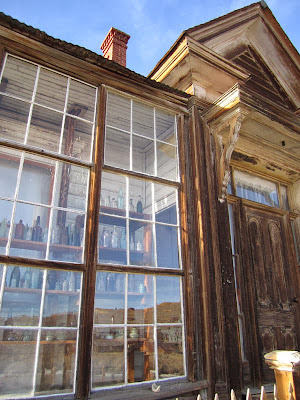 The town is kept in a state of "arrested decay" by State Park Services, so we can peek in and see what's been left behind. 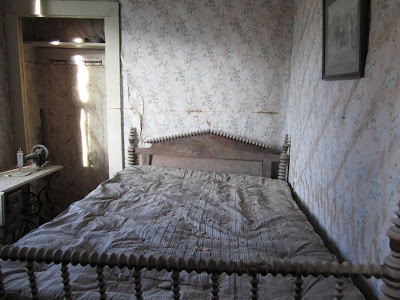 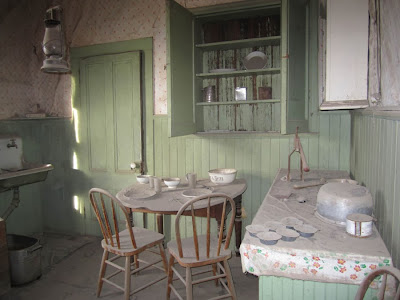 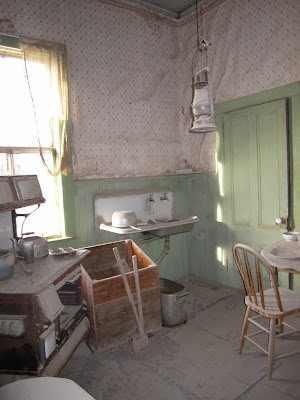 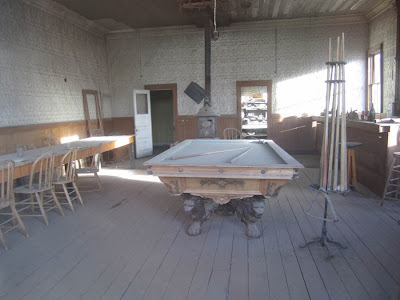 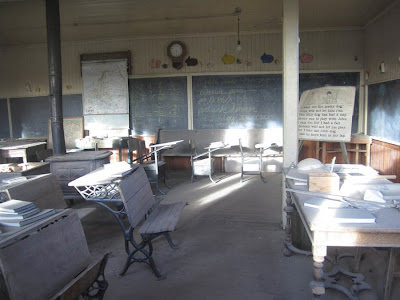 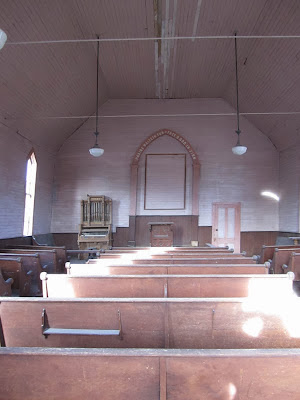 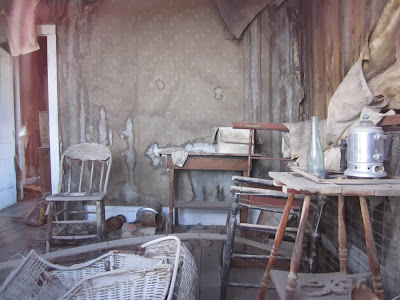 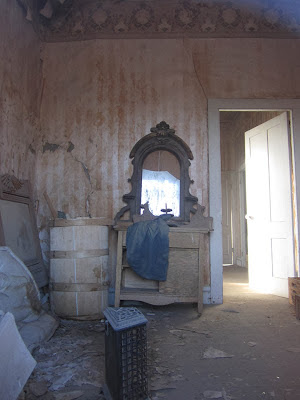 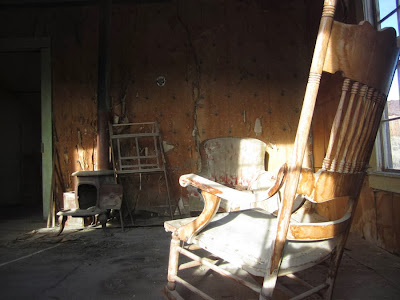 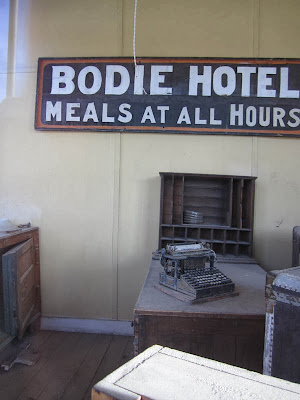 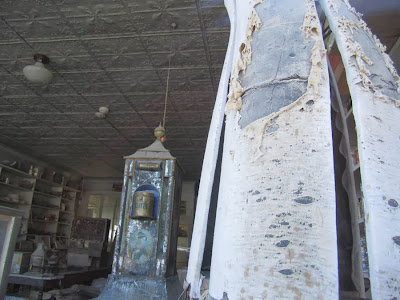 Bodie was the location for William Wyler's first talkie from 1929, Hell's Heroes. The Visit Bodie site has kindly put some scenes together so we can witness Bodie when it was still a real town, before the great fire of 1932 destroyed a large portion of it.


Scenes from Hell's Heroes filmed in Bodie, CA from Visit Bodie on Vimeo.

I am no stranger to ghost towns. My Mom was born in Jerome, Arizona, another mining town that was abandoned in the early 1950s when the copper reserves dried up. My Grandpa was a miner, who followed my Grandma to San Francisco, where she had hauled their six kids to keep them from working in the mines. (There also may have been an "other woman" involved, prompting Grandma's abrupt move—it's murky family history at best.)

Jerome was resettled in the 1970s by mountainous hippies, and is now an artist community and biker hangout. I'm going to assume the bikers are friendlier than the artists, who are generally a surly, paranoid lot. I've visited a few times—take my word on this.

Anyway, ghost towns are like cemeteries, but the dearly departed is civilization itself. What's left (and there's a lot left in Bodie) is a reminder of just how ephemeral all of this is.

The 38 Most Haunting Abandoned Places on Earth
Posted by Miss Lisa at 12:04 AM