Movies You May Have Missed - Adventureland (2009)

Are you a middle-class latent romantic who grew up in the suburbs and came of age during the 80s? I've got the film for you: Adventureland. Even if you don't fall under all those categories, if you stumbled through early adulthood a few decades ago, Greg Mottola's film will provide many enjoyable moments. It's rare for a coming-of-age film to make wit, intelligence, and emotional attachment the basis for a romantic relationship, and the fact that this occurs in a broke-down amusement park in Pittsburgh, Pennsylvania makes it even more unusual.

Jesse Eisenberg is James, well-read undergrad and very awkward virgin, who's about to traipse across Europe with his well-appointed buddy before starting grad school at Columbia. Unfortunately, his dad suffers a job demotion and financially strapped, James has to take a last-minute summer job at Adventureland where the games are rigged, the employees are prematurely burned out, and the owners are full-on dorks.

Amidst thuggish amusement-park clientele and horndog ride operators, James meets smart, funny co-worker Em, played by naturally pretty Kristen Stewart, whose tendency to mope is well-used here. Despite her comparative worldliness when it comes to relationships, Em is drawn to the kindness in James and since she's young and just figuring out that she doesn't have to settle for assholes (good lesson), this potential pairing makes sense. There's chemistry, I tell you—both actors look genuinely happy in one another's company.

Plus, bonus—Martin Starr as Joel—the most sardonic Russian lit and Slavic languages double-major ever to grace the big screen. And now: 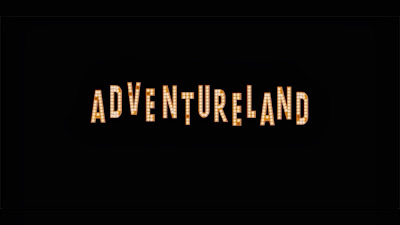 Joel demonstrates to James the wonder-world of amusement park flimflammery. If I were to start a new cruddy job (and I have, many times), I would want a funny and dark voice-of-reason like Joel to ease me into it. 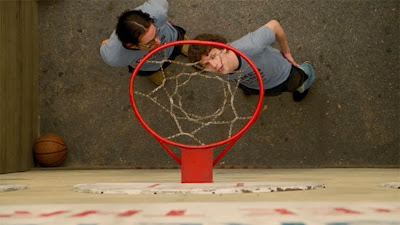 Thanks to a big bag of weed James European-bound friend bequeathed before departure, James is everyone's new pal at Adventureland, leading to potential romance with Em, who's bound for NYU in the fall. Adventureland is a real intellectual think-tank. 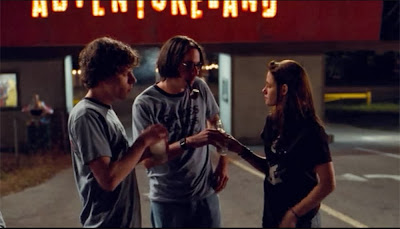 Except for all the lunkheads, nauseous pre-teens, and park owners, Bobby and Paulette (Bill Hader and Kristen Wiig—weirdly hilarious, and strangely in tune with one another). Bobby's enthusiasm for all things Adventureland is like watching a cult-leader with a follower of one, his wife with the blank blue eyes. 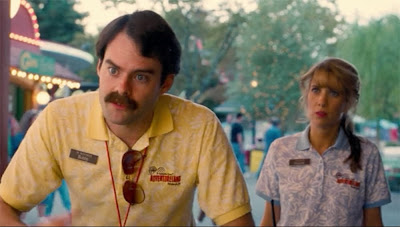 Em drives an AMC Pacer, adding to the ambiance. The entire town could be so many places during the 80s. Old cars, bad clothes, unkempt appearances—we haven't changed much. 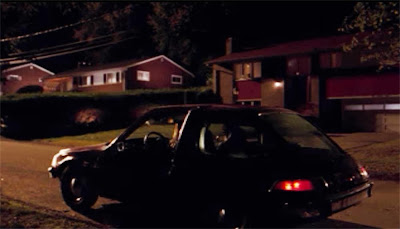 What a fine time for romance. This was a very depressed economic era for young people starting out. Jobs were crappy and low-paying and it didn't pick up for a long time. Screw Reagan and his followers. 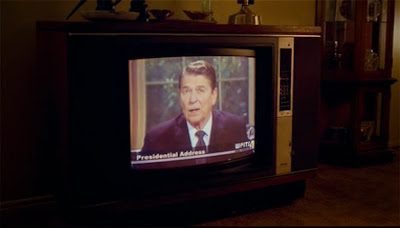 The incomparable Martin Starr as Joel. The casual, hardcore partying of the era is well-represented in Adventureland. Nobody worried about addiction or health issues in general. It was good times, all the time. Also economically depressed. Could be a correlation. 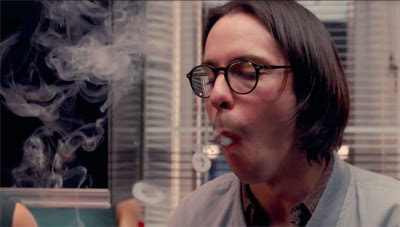 Jesse Eisenberg can be a romantic lead. It's plausible. 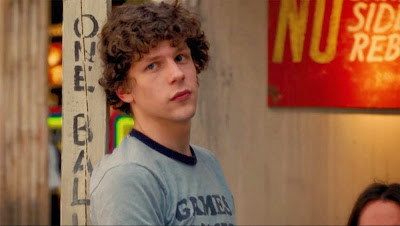 There's not a lot of fancy camera-work, but I like this peep into opening an amusement park for a day of fun and money-making. Most movies about workplaces don't show much of the work getting done. Here's a brief glimpse of marginal existence on the job. 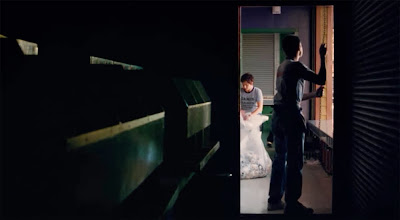 The arrival of Lisa P. sends carny hearts a-flutter. The rare film where the beauty is not always the focus of attention. It happens, just not in the movies so much. 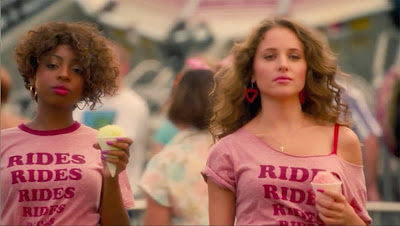 Em, with her Buzzcocks, Lou Reed, and Aladdin Sane bedroom posters, is definitely the girl you want to be with. 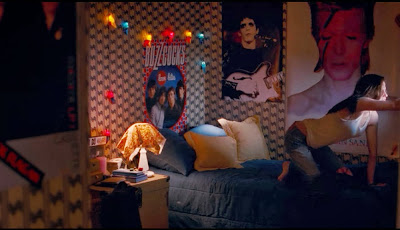 James gives Em a mix-tape—the equivalent of his heart on a platter, surrounded by chocolates, flowers and affectionate note-cards in flower script. In this case, Lou Reed, Big Star, The Replacements and maybe some early Cure. James, Em's, and Adventureland's musical taste are impeccable.

Warning, out of all the fine songs on the soundtrack, Falco's Rock Me Amadeus is the one that will stick in your head for weeks afterward. James and Joel even comment on the sadistic nature of this in one of their scenes. 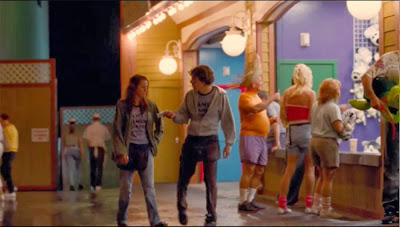 Let's hear it for the extras in Adventureland—brave wardrobe-challenged 80s-era background warriors. 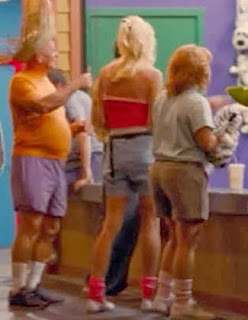 The arcade is the perfect place to unwind and bond while talking gaming strategy. 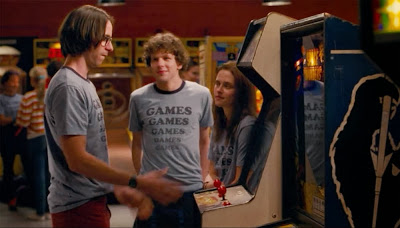 Impromptu pot-smoking dates in abandoned carnival rides are full of youthful atmosphere without getting too nostalgic. 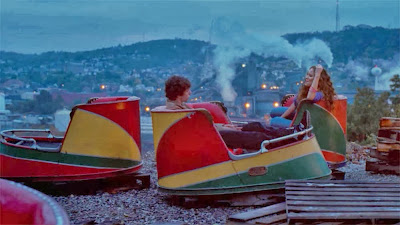 Bobby and Paulette really go for it at all times. The humor in this film is of the gentle variety, but these two manage to clown it up and still be believable employer kooks. 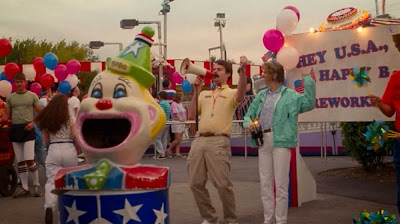 Hail, extra, in this tube-sock ensemble.

I love this sequence with Joel eating a corndog while Em and James connect during fireworks night. How many films focus sympathetically on the feelings of the third wheel? Later, he will try to impress a girl by lending her a book by his favorite author, Gogol, who, he pleasantly explains, burned all his manuscripts and then died a week later of self-starvation.

Who will be the courageous producer that sees Martin Starr as star, rather than side-kick? I think he can pull it off. 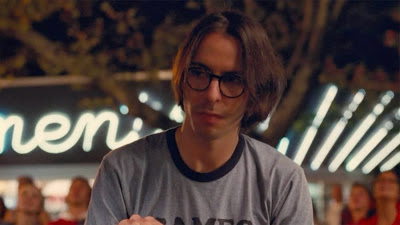 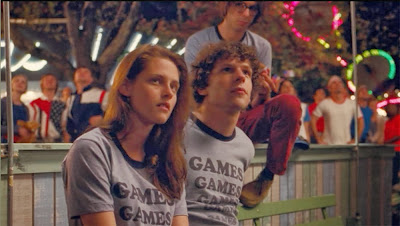 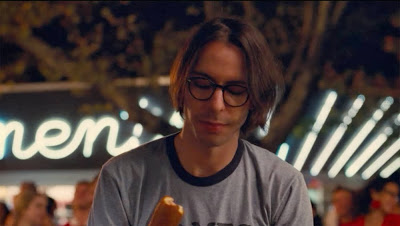 Oh yeah, there's Ryan Reynolds as Mike, who draws in the ladies by claiming he once played with Lou Reed. The thread of Lou Reed-worship running throughout is timely, given his sad passing recently. 1987-era Lou Reed was beloved for his Velvet Underground and early solo-career-cool. And it's easy to fall into that same feeling while watching the film.


Don't be completely fooled by the trailer—it's not all wacky high-jinks. There's dysfunctional family problems causing subconscious strife and self-destructive behaviors among these not-quite-adult characters. That's what elevates this comedy into something more personal and "real."

Email ThisBlogThis!Share to TwitterShare to FacebookShare to Pinterest
Labels: comedy jokes, movie reviews you can use, the mooovies, time travel

I remember this movie! It was a lot of fun!