I don't want you to think I'm glib when it comes to the circle of life, especially at the La Brea Tar Pits, where the struggle to survive while stuck in a pool of tar is one of the more distressing life's-end scenarios. But some of the Page Museum's exhibits are inarguably campy. Which is fine—it's in the heart of Los Angeles—America's dream factory after all.

It's been a long time since I've visited the tar pits. Money has poured in from somewhere over the years because the museum now features a lovely garden atrium to stroll through and teams of researchers, pulling up buckets of bones from the surrounding grounds and brushing them under microscopes in fishbowl-like laboratories where you, the public, are invited to witness the archiving of ice-age lifeforms. And that's pretty entertaining.

Enjoy this saber-toothed cat attacking a ground sloth animatronic diorama. At some point they'll both be extinct, so it's not like the saber-tooth "wins" ultimately. He or she was simply hungry. And doesn't hunger drive us all? We are all hungry, hungry animals. 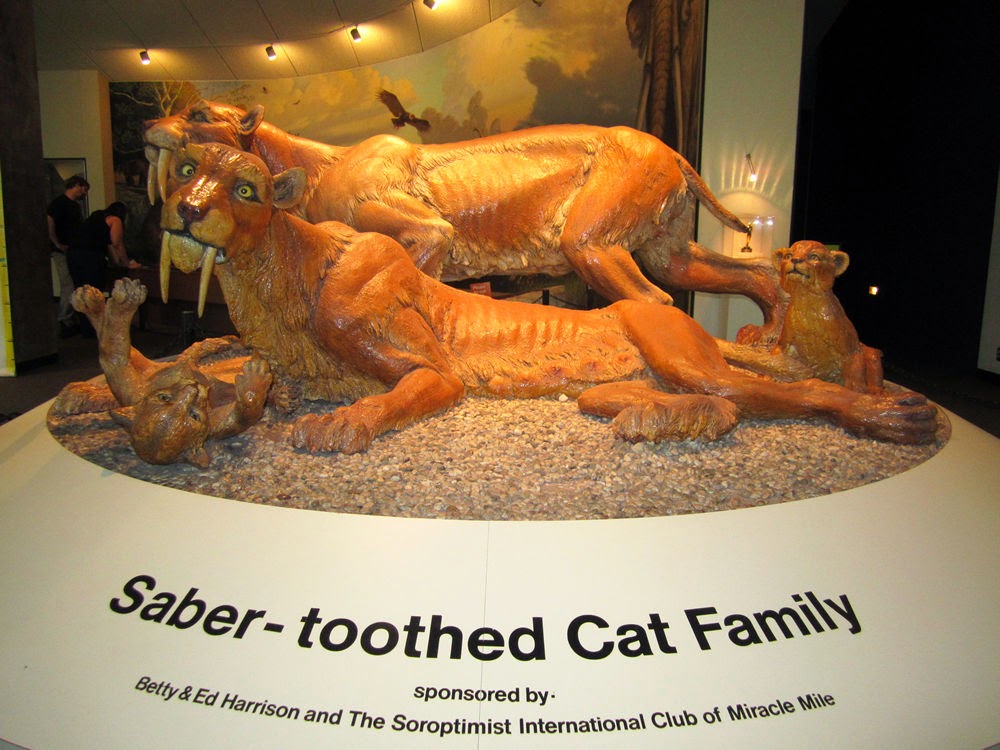 Here's saber-tooth and a ground sloth fossils, unearthed from the tar, with the atrium in the background. Time keeps keeping on. 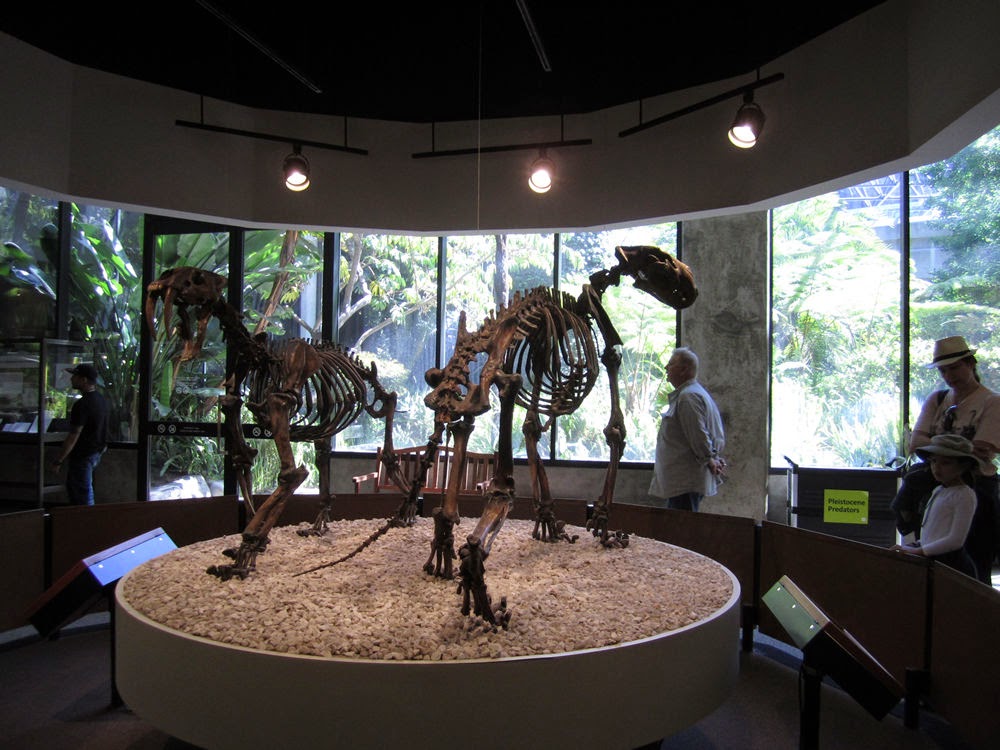 What did a wooly mammoth sound like? Thanks to this footage from the Page Museum, now you know.

Email ThisBlogThis!Share to TwitterShare to FacebookShare to Pinterest
Labels: art for what ails ya, California, our weird world, What the