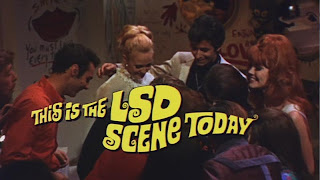 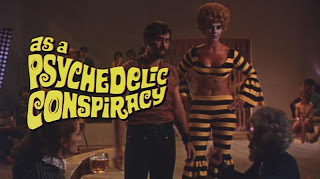 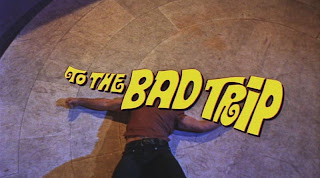 The above scenes from The Big Cube trailer pretty much say it all. Lana Turner is (as always) brittle and melodramatic as Adriana Roman; theater actress, widow of recently deceased Frederick Lonsdale (Richard Egan), and victim to a plot concocted by stepdaughter Lisa (inexplicably Swiss-accented Karin Mossberg) and Lisa's gold digging lover, Johnny (George Chakiris, proving why he never had much of an acting career after West Side Story). Johnny's been expelled from medical school for cooking up LSD with his hippy gang. Together, he and Lisa lace Adriana's prescription pills with enough chemical enlightenment to blow her mind. Then they stand to inherit Lisa's father's millions. Pretty brilliant!

The film is actually quite dull in long stretches, making it more of an incompetent exploitation flick than an actual camp classic. Plus it's strangely cast and shot in Mexico on the cheap. There are all kinds of worldwide accents to contend with, and the hippies are so MEAN. They trash everything in sight, be it a dance club, their bohemian artist pad, or Lisa's mansion. Even Johnny and Lisa's wedding is not immune to the wonton destruction, and through it all Lisa smiles serenely. She is cruising for an emotional bruising. But in the end, it's Johnny who ends up rolling around in his decrepit basement apartment like a rat in a bowl of corn flakes. "Don't take that stuff!" he warns an ant who has crawled upon his laced sugarcube. "That stuff is BAD for you!" It's a message film.

Saving it all from becoming a big snore-fest is Pamela Rodgers as Bibi, who appears to have landed from the planet DumbSlut1969. She is the BEST! I was going to include some of her dialogue but then I found a YouTube clip (see below) that does her much more justice. I could never convey the fantastic bubble-brained delivery she strives to deliver so expertly. I LOVE all scenes featuring Bibi and only wish the entire movie revolved around her. That would be a classic. Here's a great big psychedelic butt to get you started: 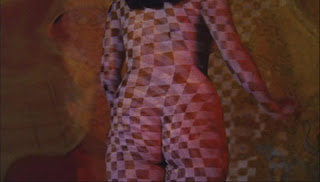 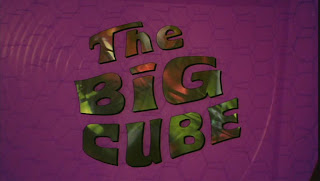 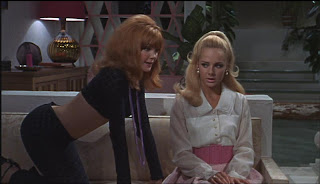 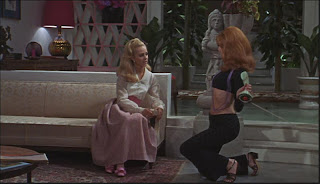 Whoo! Is it trippy in here or is it just me? 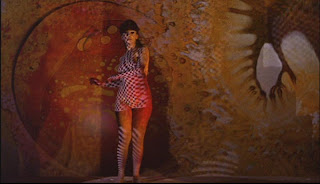 This Queen Bee will harsh your mellow. 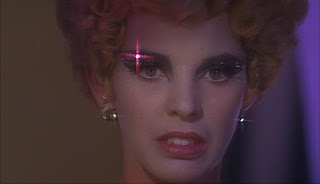 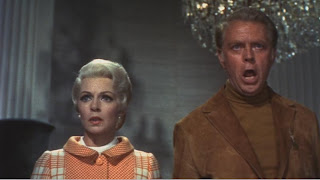 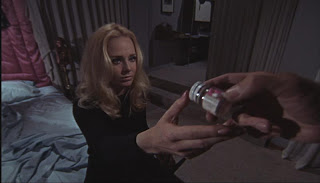 Bedding as a framing device. 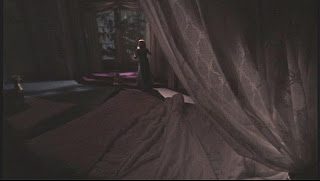 When Lana Turner starts to trip, suddenly the lamp gets all red and I included that here because David Lynch uses a red-glowing table lamp as a portal to another dimension in his latest film, Inland Empire (at least I think that's what he's doing). Maybe he's a Big Cube fan. 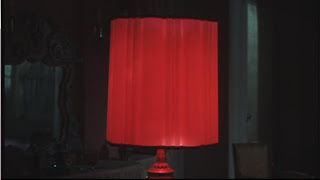 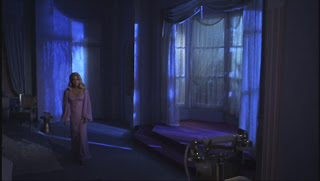 No, the marriage does not last. Thank you for asking. 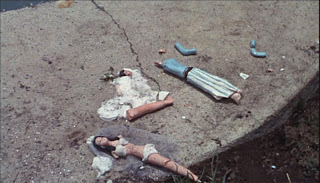 "A" is for acid! My mom had a big crush on George Chakkiris but it was not to be. He would crop up in other bad films within our lifetime and that's a fine by me. 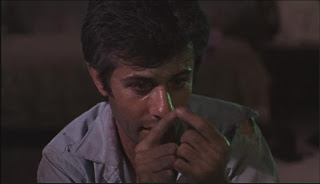 Trailer - "The trip that starts with a giggle and ends with a scream." A popcorn movie.

OurManInHavana has thoughtfully provided Bibi's big strip-tease scene on YouTube as well. But I know my readers would never be interested in seeing something like that.

A special thank you to Tuckers for giving me this DVD as part of the Warner Bros. boxed set, "Cult Camp Classics 2 - Women in Peril" (which includes another favorite, TROG). Best housewarming gift ever.

And for those who would rather remember Lana as the victimizer, not the victim, see The Postman Always Rings Twice with John Garfield. As Bibi would say, "Sweetness baby!" 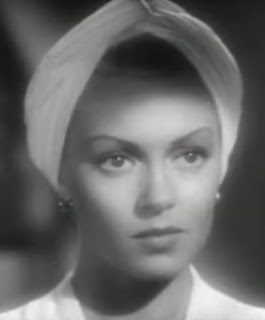 Email ThisBlogThis!Share to TwitterShare to FacebookShare to Pinterest
Labels: mind-f, movie reviews you can use, the mooovies, uncool girls, uncool guys, What the

Damn gonna have to bum my netflix que around I guess.

Funny you mentioned Inland Empire in the same breath as the CUBE!Have you seen the weird video series that kicks off with LANA TURNER'S INLAND EMPIRE?

I hadn't seen that, Erich, but it certainly merits a look-see! Thanks. Nice write-up on Ms. Turner and The Big Cube.