Save the Pleasant Hill Dome Theater! - a cautionary tale

Update, May 8th, 2013: The fuckfaces at SyWest Development tore down the Dome Theater this morning. Had we a few days more, we could have raised enough to take them to court. As it is, I'll make sure to never shop at their incoming Dick's Sporting Goods in Pleasant Hill ever. I'll add it to my list of businesses who move in and make the world a crappier place (Chick-fil-A in Walnut Creek—you're on that list too).

That's right: Pleasant Hill's gateway cinema, the one you see when driving on 680 that tells you, "Hey, guess what? You're in Pleasant Hill!" will now be a two-story, lit-up DICK'S sign. Just so you know where you're at. 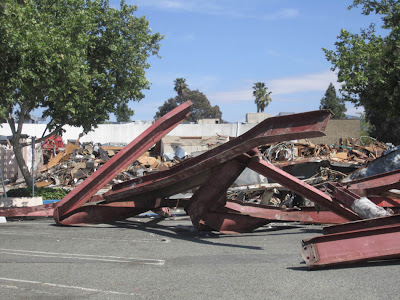 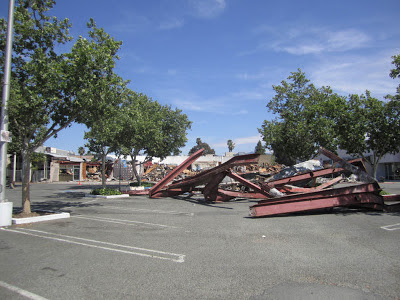 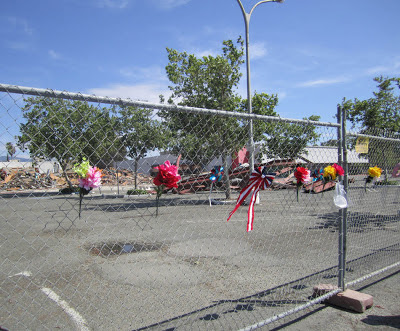 Update, May 7th, 2013: Well, we didn't think we would win. After three hours of public comment that ended at 2 a.m., the appeal lost by a vote of 3-2. Mayor Michael G. Harris and Councilmember Ken Carlson sided with our appeal. The Mayor in particular cited the development plan as disappointing and not what the city originally signed off on ten years ago before the recession put it under a blanket stuffed with apathy, greed, and short-sightedness. What next? We'll see.

I just want to commend everyone who came to speak or submitted letters and speeches for others to read. The outpouring of encouragement and help has been a heartening experience. I've met some amazing people who have saved historic theaters across the land. They lost a few too. It's this whole thing: saving old movie theaters. It's a calling. It's, dare I say, almost spiritual. That's the power of film and architecture, my friends. Don't ever forget it, next time you find yourself sitting in an ancient film cathedral, feeling wonderfully overwhelmed by the experience.

Any little donations help at this point. You can do so at Save The Dome and we'll put the money to excellent use. People have been so generous. I'll never forget these thoughtful, giving people. 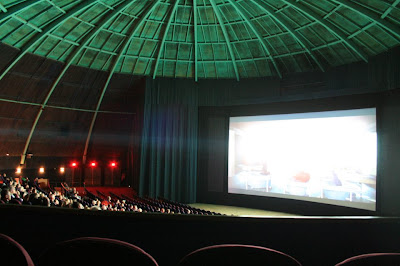 ***
Oh my goodness. I've been so busy lately. I haven't had time for regular life at all. Our beloved Dome Theater, the one that was built in 1967, the one that I grew up, watching many a movie on its curved 70mm-capable screen, the one with the giant domed ceiling, like a wood-beamed spider-web: that one. It's going to be demolished to make way for a two-story 70,000 square-foot Dick's Sporting Goods store. It's a NIGHTMARE come true! 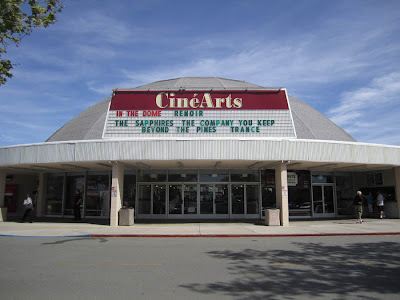 I'm working with an excellent group of movie crusaders: Save the Pleasant Hill Dome. We are working so hard on this crazy, crazy-making process. Our appeal goes before the city council on Monday, May 6th. If you're in town, be sure to STOP BY Pleasant Hill City Hall at 7 pm. Why would you be strolling down Pleasant Hill's outdoor-mall downtown area on a warm, Monday night, thinking about 60s-era sci-fi architecture? Why wouldn't you be?! You got something better to do?

What made the Dome even more special is that for the past six years or so, it's been showing independent and foreign films—you know—art films. And it wasn't suffering either. People love their art films around here. And they love their dome.

Don't be left out! Visit our functional Web site: savethedome.org. You can donate, you can marvel, you can be informed. This is one of the last functioning dome theaters. There's some in San Jose but it looks like they're about to become a shopping center as well. That leaves the Hollywood Cinerama Dome—that was a battle to save as well.

WHY DO WE HAVE TO WORK SO HARD TO HANG ON TO OUR CULTURAL TREASURES?! WHY?!

This is a no-brainer. How many cities have dome theaters? Almost zero now. This Dome was showing movies for 46 years, all the way up until April 21st when its owner, SyWest Development, shut it down. It has a big, beautiful screen, an excellent sound-system and acoustics and seating for 900 of your closest friends in a tiered roundabout that lets you know: movies are big and beautiful. I'm working on it. This is my cathedral.

As my brother pointed out, they should have enlisted Mark Hamill and Tom Hanks to help save it.