Yeah, that's right! Demons! Unspeakable evil! Boobs! I bet the word "Disney" popped into your mind as you read that. No? Well then you haven't seen the "Night on Bald Mountain" sequence in Fantasia—the closest Disney Studios ever got to portraying a crack binge set to music.

Modest Moussorgsky's witches' sabbath theme song was the inspiration for Disney animator Vladimir Tytla's evocative Ukrainian demon, Chernabog. Chernabog rising from an Eastern European mountain to party with his minions was the result of several artists' creativity, and Tytla brings him to life in memorable fashion. Check this guy out.

Although he is the scariest-looking villain in a Disney film, Chernabog has no voice and actually doesn't get to do much other than to throw some lesser demons into a fiery pit. He's powerless when confronted with the ringing church bells of "Ave Maria"—the tacked-on hymn at the end of the sequence. I've always felt the religious tone of "Ave Maria" completely undermines the fantastic energy of "Bald Mountain." Even as a child, I felt let down by it. It's completely lacking in the vitality and I must say, spirit, that is rampant in the preceding bacchanal.

It's obvious that a room full of cooped-up animators went to town when they were given this assignment. Even after 70 years, I can hear them shouting at each other in story conference now:

I'm in charge of the topless harpies!

Well, I get to draw the fiery naked demon ladies!

Hey, you guys, save some for me! How about, uh, close-ups of nipples, zooming out of the screen?!

Everyone agreed this all sounded good. What could be more evil than giant fluorescent nipples on the big screen?

And now: "Night on Bald Mountain" from Fantasia. But first a friendly note to Disney's crack legal team—these low-resolution images are for educational purposes only (heh) and are not meant for reproduction. All copyrights remain with the holders.

Look at Chernabog. He means business. And he's not wearing any pants either. Fantastic use of body language to imply menace and destruction. Until those church bells ring and spoil all the fun. 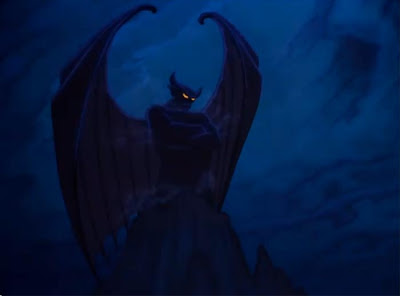 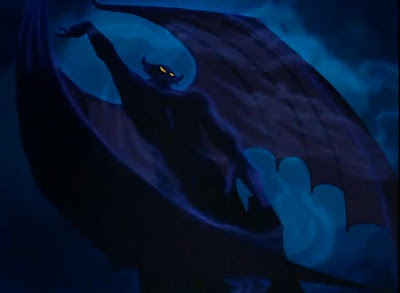 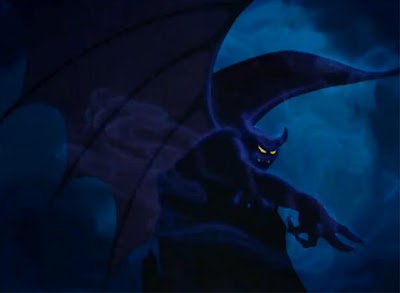 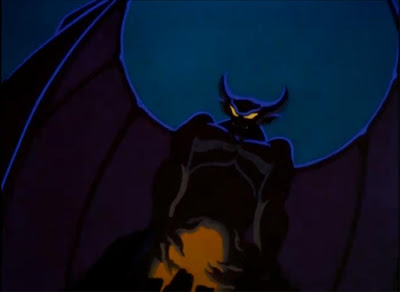 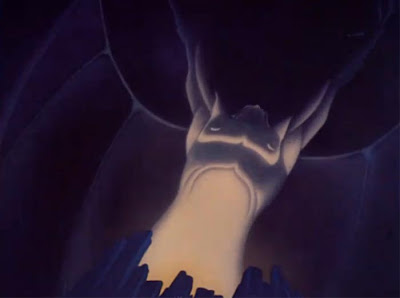 A bunch of ghosts and spirits rise up to ride through the night skies. That's what they do on the witches' sabbath, you know. 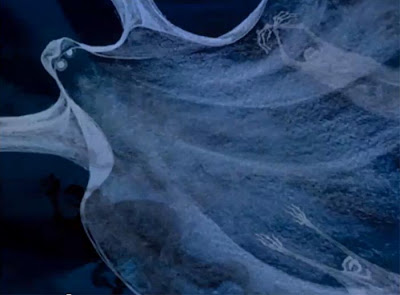 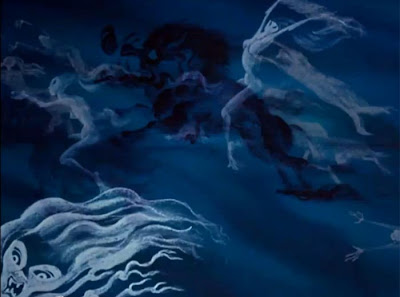 Whoo! This is the high you can never quite reach again, no matter how many witches' sabbaths you attend. 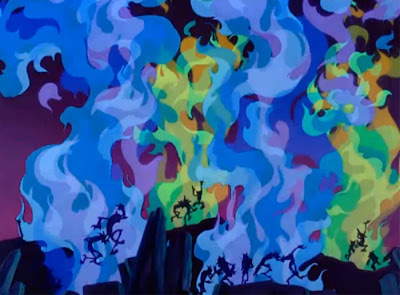 But then, the terrors set in.


And BOOBS! Giant boobs in a Disney film! Disclaimer: in keeping with Google's adult-content policy for 2015, the following content offers a substantial public benefit, in artistic, educational, documentary, or scientific contexts. 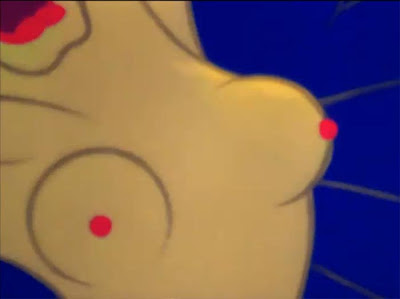 There's something going on with this harpy. Something...untoward. But that's how it goes on Bald Mountain. Until the coming of the dawn. 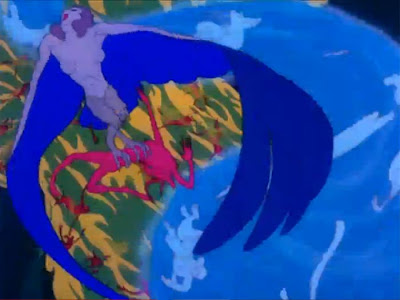 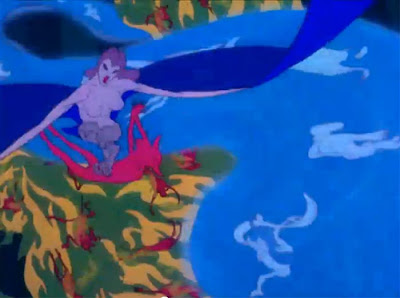 Email ThisBlogThis!Share to TwitterShare to FacebookShare to Pinterest
Labels: art for what ails ya, mind-f, the mooovies, time travel