The All-American Girls Professional Baseball League was the first (and so far only) women's professional baseball league in America. It could only have happened during World War II, when baseball's reserves were depleted due to the draft and fighting overseas. From 1943 to 1954, the AAGPBL gave women a limited chance for a viable career in baseball, and gave fans something novel to cheer about. You may have seen the documentary, or the film it inspired, A League of Their Own—a snappy, fictionalized account, directed by Penny Marshall and featuring gum-chawing Madonna.

Today I found my little stack of AAGPBL trading cards. They're dated 1984 and I can't figure out who issued them because I tossed out the original packaging. I remember a brochure with an attached order form, back in the pre-Internet days. Where I found this brochure or whether these are an official AAGPBL product, I can't say. Some sleuthing has revealed these factoids:
The AAGPBL has an active organization to this day and they endorse cards issued by Fritsch. So if you're interested, check that trading-card action out.

Meanwhile, as an excitable announcer once intoned, "Look at these swinging, catching, base-stealing lassies!"


Fun AAGBL facts: league owner Philip K. Wrigley insisted the teams play in dresses, despite the fact that only a masochist would slide into base with bare legs. The ladies slid anyway, because they were tough—tough like IRON. A salute to the many who suffered scrapes and contusions while playing ball.

The ladies were also required to attend charm school to ensure maximum All-American-Girl behavior on and off the field. This training included exercises for the eyes that would enhance their sparkle and allure (important traits when fielding a grounder).

For more than a decade, 600 women played for the AAGPBL—pioneers in short skirts in American athletic history. Hail! 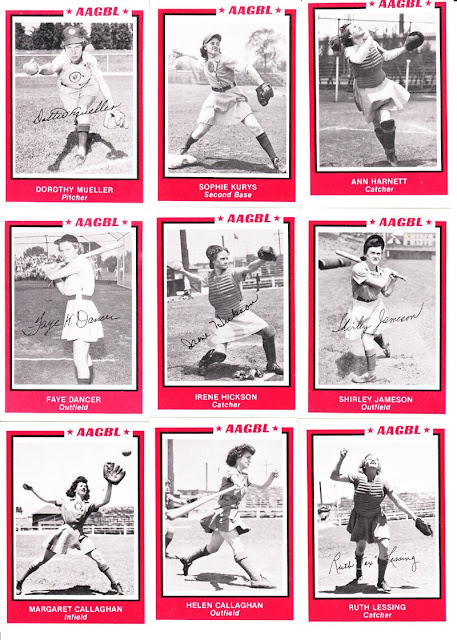 Known for her cartwheeling ways in the outfield,  Dancer was also a power hitter and an entertainer. 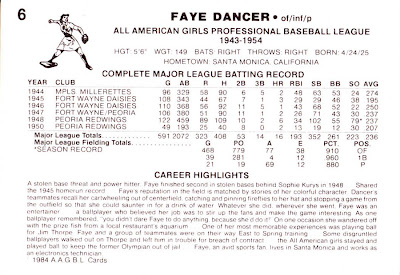 Billed as Chattanooga's only girl boxer ("It was just a promotional stunt," said Hickson), Choo Choo was a leading hitter and would have played ball for nothing. 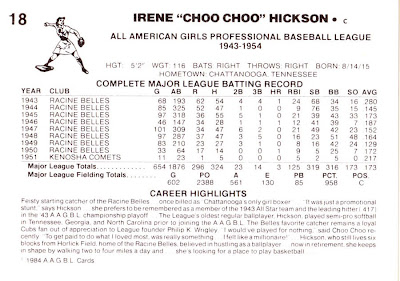 The player Shirley Jameson admired the most in the big leagues was Jackie Robinson. 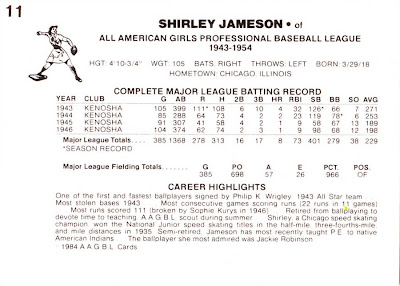 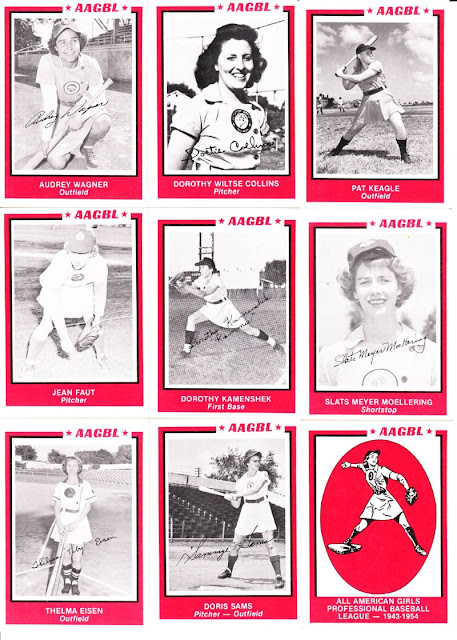 I don't know what you have to do to earn the nickname, "Slats," but whatever it is, it's worth it.