Today SFGate had a story by Bruce Jenkins about last weekend's perfect storm-free surf at Mavericks and here are the photos by Frank Quirarte to prove it. Mavericks is off the coast of Half Moon Bay, Calif. and surfers fly there from all over the world (mostly Hawaii and Australia--they're surfers, after all) to surf and compete when the waves are just right. Generally the coast of Half Moon Bay is foggy, cold and damp but as you can see, the sun was out, making these 20-foot waves look like something out of ancient Japanese paintings. 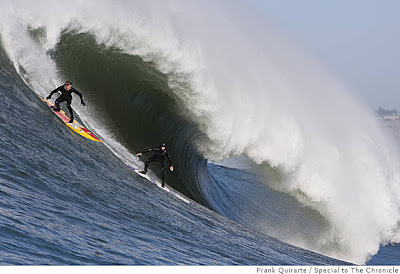 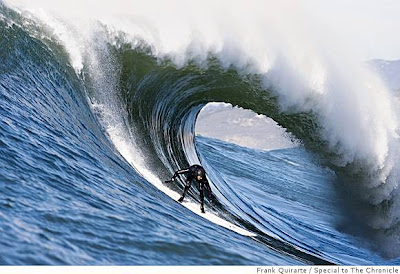 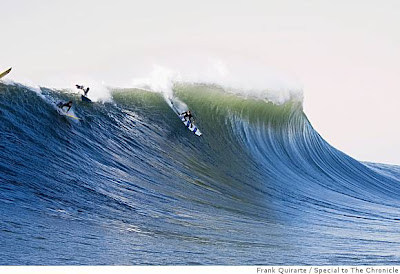 Frank Quirarte co-runs the Mavsurfer Web site and he's taken some amazing photos over the years, but I think these are his best, and that's saying something. If you go on the site's photo gallery and click on 2Days@Mavericks you can see more. Disclosure: he's my cousin and I call him Frankie.